From one of the largest auction houses in the Netherlands, collectors and customers of Corinphila Netherlands expect the highest competence in philately, especially in classic Dutch philately. 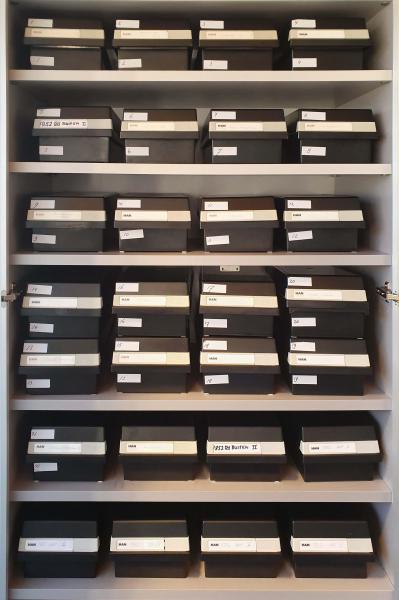 When lotting and describing philatelic rarities, collectors today expect more than just a simple description of the catalogue numbers and values. Questions that have received special recognition in recent years are:

The longer such a "family tree" goes back, the more desirable a rare item can be to a collector. Provenance is a kind of mark of quality. Just as in art, provenance in philately has become an indispensable feature of valuable stamps.

"The card index of a philatelic expert is worth ‘gold’." -
Filatelie Magazine 2013/9 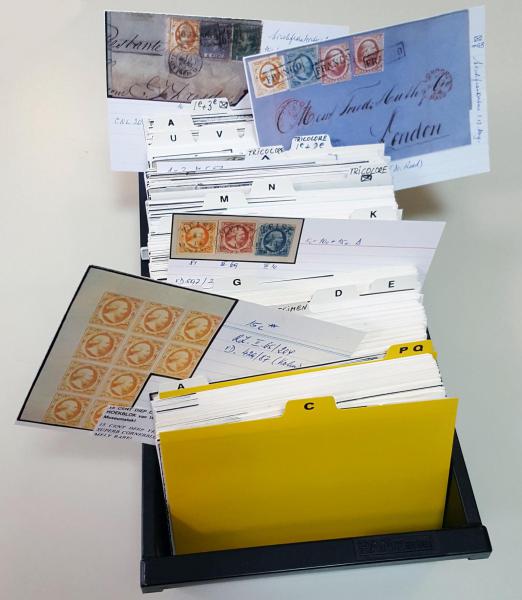 With this foresight the well-known German Netherlands collector and expert
Dr. Albert Louis (1925-2013) built up an enormous card index over the years, currently consisting of 32 boxes packed with information. Almost all the important items in classical Dutch philately can be found there, including an image and the history of where and when it was offered. The card index is regularly updated and frequently used, as can be read in many descriptions in our catalogues.

Presumably one can never identify all the existing items in a collecting area, but we believe at this time Corinphila Veilingen has the largest existing archive of its kind for the classic issues of the Netherlands.